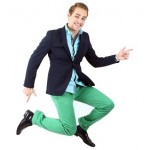 Jakob is the CEO & Co-founder of Playlab, the biggest independent mobile game developer and publisher in the South East Asia.
Their most famous title “Juice Cubes” was published in partnership with Rovio and have became Rovio’s top grossing title.
The team have without external funding grown to 100+ and is mix of Thai and foreigners, representing around 15 different nationalities at their Bangkok & Manila office.
Jakob is originally from Denmark, but moved to Thailand 6+ years ago to and have prior to Pocket PlayLab Co-founded Pagemodo.com which was acquired by Webs Inc. in 2011 and later public listed VistaPrint Inc. less than 2 years after it was started